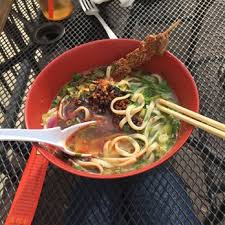 Over the last decade, San Antonio has seen a rise in its foodie culture, with new and exciting restaurants constantly coming onto the scene. According to San Antonio Magazine, here are three of the best new restaurants to try in 2018:

1. Ming’s Noodle Bar. Set in a repurposed railroad car, this restaurant focuses on Taiwanese street food. The restaurant especially excels at steamed buns of all kinds. From buns stuffed with shredded pork to those filled with marinated mung bean noodles, each bun is guaranteed to satisfy.

2. NOLA Brunch & Beignets. Chef and owner Pieter Sypesteyn prepares the best praline bacon in town, which is delicious alongside brisket grillades and grits or a blue crab omelet. The coffee is also excellent as are, of course, the beignets.